How do you describe...Billy Jacobs

How do you describe an artist with so many talents? What are the right words?

Or perhaps a more simple and personal description like 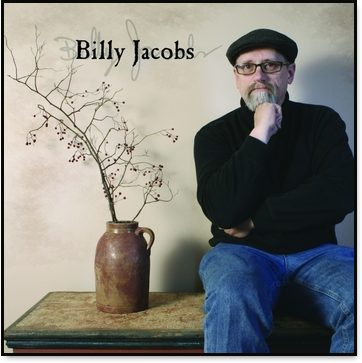 Billy Jacobs, a long time resident of Ohio, started his career in the Country Gift Industry in the early 80's as a woodcrafter and designer.
Billy designed as well as manufactured thousands of country and primitive products throughout the 80's and 90's.

In the 2000's Billy turned his focus from woodcrafting to painting. His early folky primitive style was well received by his customers. Billy continued to refine his painting style and in late 2006 switched from acrylics to watercolors and began his journey painting the rural American countryside.

Since then Billy's artwork has taken the market by storm, his depiction of the simple American lifestyle and days gone by bring a nostalgic comfort to the viewer and have made him one of today's most sought after artist.

Billy specializes in landscape and still life scenes, using a variety of mediums. His inspiration comes from life experiences and specific scenes or buildings that catch his eye.

Watch this video to learn more about Billy's story, his process, and the art gallery located in Navarre Ohio.

From time to time (about every 6-8 weeks) we send updates on upcoming events at the gallery and the release of new prints. We will not sell your information and you can always unsubscribe.
Sign Up